Skip to content
Home
/
Sports
/
Then there was one…
Sports November 13, 2015 by Southern Torch No comment(s) 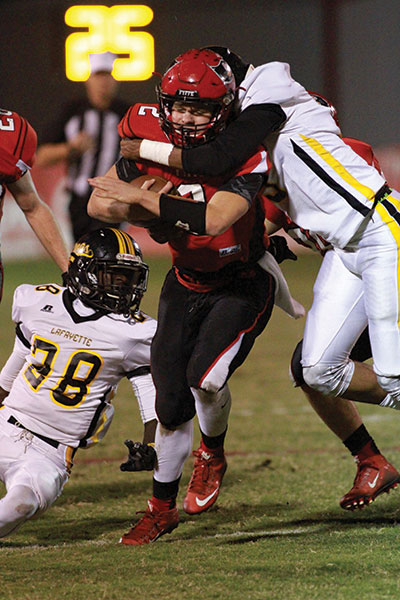 For years, fans have came to a Fyffe game to see some hard hitting football.  Thursday night as Fyffe hosted LaFayette, they were not disappointed.

With 5:46 left in the third quarter, Seth Benefield scores, taking the Fyffe lead to 43-15.  A unsportsmanlike penalty was assessed to the Bulldogs.

With 8:18 left in the fourth quarter, Fyffe put more nails into the Bulldog coffin with the touchdown run by Dilan Kilpatrick.

The Southern Torch Standouts for the game were Dilan Kilpatrick, Tyler Ashley and Seth Benefield.

Fyffe will travel to Red Bay for the second round of playoffs.  They are the only team left representing Dekalb County.