Skip to content
Home
/
Sports
/
Inside the Huddle, Summer review, by Marla Jones
Sports August 8, 2016 by Southern Torch No comment(s) 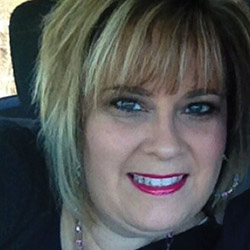 For the past nine weeks, I have had the honor to attend football practices at every school in the county. At each school, I was able to interact with the coaching staff and players.  Some schools let me actually be an “honorary coach” for the day.  I was able to call out exercises, time runners and even teach them a few of my own exercises.  I have had so much fun getting to know the players and coaches for each school. I thought that I would share some of my favorite highlights from each school.

The first team that I visited was the Plainview Bears.  Coach Dustin Goodwin and his staff are top notch.  I was allowed to show some of the seniors how to be “pretty ballerinas.”  I am sure the players will be haunted by the memories for years to come.

The Fyffe Red Devils was my second stop.  Coach Benefield let me be “Coach of the Day.” I got to step into a State Championship coaching position for a couple of hours. My bucket list is now complete and I can die a happy woman.

Fort Payne Wildcats was my third stop.  Coach Ellis let me lead the exercises and I even threw in some dance moves for the team.  I was impressed in their freestyle skills.

The Geraldine Bulldogs was the fifth team I covered.  Coach Brad Waldrop has known me all his life so nothing I could do would surprise him.  I started to flip some tires with the team but I was wearing heels….next time!

I went to see the Ider  Hornets on the sixth week of my football tour,  Coach Tinker has some very well behaved guys who did not mind one bit for me to be, right in their way, as they were lifting weights.

On the seventh week of my Inside the Huddle review, I came back home to visit the Sylvania Rams.  I have known Coach Putnam since he was a little guy and I really enjoyed my time there.  Looking forward to going back to Sylvania this weekend for Wingfest.

On the eighth week of this journey, I met the Crossville Lions and their new varsity coach, Coach Miles Holcomb.  He is a great guy and I look forward to seeing this Crossville team succeed.

On my last visit of the preseason, I met with Coach Ernie Willingham and his Collinsville Panthers.  I enjoyed watching this team putting on their helmets on the first official day of football practice.

I hate to see my adventure come to an end but in three weeks I will be on the field doing what I love, taking pictures and covering every team.  Be sure to check out our Southern Torch Football Edition that will be in newsstands on August 19, 2016.  As the season approaches, remember this is the guys time to shine.  Our job is to be their biggest fans.