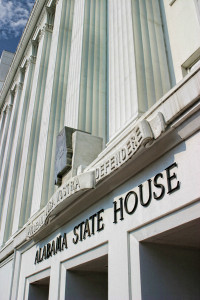 The Alabama Farmers Federation legislative team is working to clarify a bill introduced last week on behalf of the Alabama Department of Revenue to determine any impact it could have on farmers.

“I have spoken with the bill’s sponsor, Sen. Arthur Orr, (R-Decatur) and he said the bill was never meant to affect farmers,” said Federation Executive Director Paul Pinyan. “I’ve also spoken with representatives in the Senate Fiscal Office who wrote the proposed bill, and they also assured us it was not their intention to remove tax exemptions farmers receive for agricultural input items. Discussions with the fiscal office included an offer to write an amendment to specifically exclude those items in the proposed bill.”

Drafters of SB245, which was introduced by Orr March 17, said the bill was designed to clarify state sales tax exemptions for specific “entities,” and was never intended to affect farmers.

The Legislature began the session March 3 and is on break this week. Lawmakers return to Montgomery March 31 when the House of Representatives convenes at 1 p.m. and the Senate at 2 p.m.

“We look forward to working with Sen. Orr when the Legislature returns next week to ensure farmers are protected in the proposed legislation,” Pinyan said. “Agriculture is our state’s leading industry, and I know Sen. Orr recognizes the huge economic impact agriculture has in his district as well.”

The Federation will continue to monitor this bill and notify members of it and other legislation in the organization’s weekly online newsletter, Capitol Connection. Register to receive the newsletter.

The Alabama Farmers Federation is the state’s largest farm organization with more than 350,000 members.