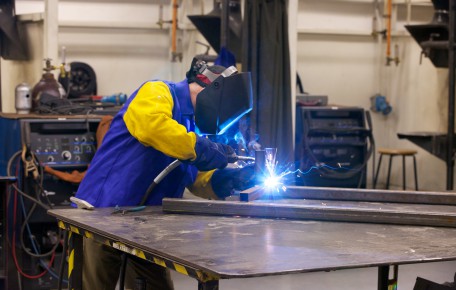 MONTGOMERY, Alabama — The number of Alabamians holding down a job in January reached the highest point since late 2008 as new jobs were added at a rapid pace, Governor Robert Bentley announced today.

“For the past two months, more than 2 million people are working in this state, which hasn’t happened since November 2008. We continue to remain hopeful that our economy is turning around and Alabamians are gaining employment,” Governor Bentley said in a statement.

According to the Governor’s Office, the number of Alabamians reported as employed in January in the Current Population Survey was 2,006,903, up around 5,000 from the December 2014 figure. The last time the number was higher was November 2008, when the number of Alabama residents working was 2,007,253. The effects of the most severe U.S. recession in decades began being felt shortly afterward.

Alabama’s unemployment rate for January was estimated at 6 percent, down from a revised rate of 6.1 percent for December 2014. In January 2014, the rate was 7.2 percent.

“Our economy is supporting the largest number of jobs since 2008,” Alabama Labor Commissioner Fitzgerald Washington said. “The annual increase in jobs, year over year, is the second highest we’ve experienced in the past decade.  That’s certainly great news and shows that Alabama’s employers are continuing to hire.”

All but one of Alabama’s 67 counties recorded a drop in unemployment over the year. Wilcox County, which traditionally has one of the highest jobless rates among the state’s counties, saw its rate fall by 5.4 percentage points. GD Copper USA, a Chinese-owned copper tubing plant, opened last year in Wilcox County.

In addition, the jobs picture looks encouraging going forward. Since January, several job-creating projects have been announced in Alabama, including plans by Polaris Industries to establish an ATV plant in Huntsville with as many as 2,000 workers, and an expansion ofLockheed Martin’s manufacturing facility in Pike County that will create a total of 240 jobs.

Courtesy of the Alabama Department of Commerce