Who is Southern Torch? Meet the faces behind the words

Joseph Morgan is a native of Collinsville, Ala. and is a proud graduate of Collinsville High School. Morgan has spent more than a decade working in communications, public relations and politics. Morgan is a graduate of the University of Alabama where he earned degrees in public relations and political science and minored in journalism. Morgan has served as managing editor of numerous Alabama magazines and other publications. In addition to his communications work, Morgan has worked on the staffs of a Alabama U.S. Congressman, Alabama’s former Attorney General, two President Pro Tems of the Alabama Senate and numerous Alabama Legislators. Morgan is a veteran of political campaigns throughout the state, has served as statewide Political Director for an Alabama political party and has managed or worked on political campaigns at the county, statewide and federal levels in three states and more than 50 Alabama counties. Morgan has a 2-year-old chocolate lab named Curtis Loew. 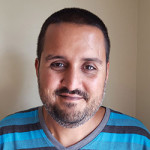 Diego Reynoso age 34, is married to Angela Reynoso. Diego and Angie have been married for 4 years and have 5 children. Diego’s work background includes work with Renfro, Fergusons and Credit Central. Diego is from Collinsville and grew up in Fort Payne and attended Fort Payne High School. Diego is the son of Vincent "Taco" Reynoso from California and Teresa Jordan from Virginia. He has a brother, Nakia Reynoso, who lives in Austin, Texas. Met my wife Angela Reynoso December 2009. Married March 17 2011. 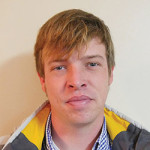 Tyler Pruett grew up on a family farm in Cherokee County. After graduating Cedar Bluff School in 2004, he enlisted in the U.S. Army as an Infantryman and served deployments in both Iraq and Afghanistan with the 82nd Airborne Division. After his service was completed, Tyler attended the University of Alabama, majoring in Political Science and is an alumni of the Phi Sigma Kappa fraternity. Tyler has worked as a political consultant and has served on the staffs of political campaigns throughout the state of Alabama, including a position as Coalitions Director for the State of Pennsylvania for a nominee for U.S. President in 2012. His hobbies include hunting, shooting, politics, and music festivals. 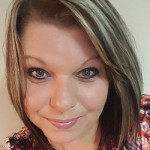 Angela Reynoso is married to Diego Reynoso for 4 years, 5 children, Tiffany, Ryan, Breanna, Raven and Kaden,  1 grandson, Anthony.   I was born and raised in Elkmont/Athens Alabama and moved  to Fort Payne in 2003.  Work Background.. Office Manager, CNA, Receptionist, X-ray tech and Transcriptionist.   I love cooking and Gardening.  Favorite Quote.. At first  if you dont  succeed....try again. 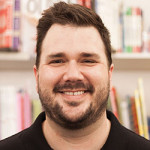 Dwayne has specialized in visual communications for over 11 years, building everything from flyers and brochures, to logos and websites, to garment decoration and full product catalogs. Known by his clients for his attention to detail and meticulous nature, Dwayne brings everything one would expect from a creative professional to the table. He's also familiar with brand structuring and management, and knows what it takes to achieve an audience's attention in a targeted and visually appealing way. But it's not all about business. Dwayne also brings a little fun to the office environment with his often random but always professional wit and candor." 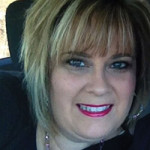 Marla is Married to Scott Jones. She is the mother of Justin and Logan Jones. Marla is the grandmother of Tate, Tripp and Caroline. Marla is a graduate of Sylvania High School. Marla has more than 10 years experience in marketing, advertising sales and public relations. Marla is an avid sports fan. 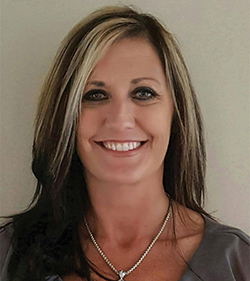 Amy grew up in Geraldine and attended Geraldine High School.  She is married to Heath Thrash.  They have four children; Zach, Gage, Ryder and Krymson. In her free time, Amy enjoys playing softball and spending time with family and friends.