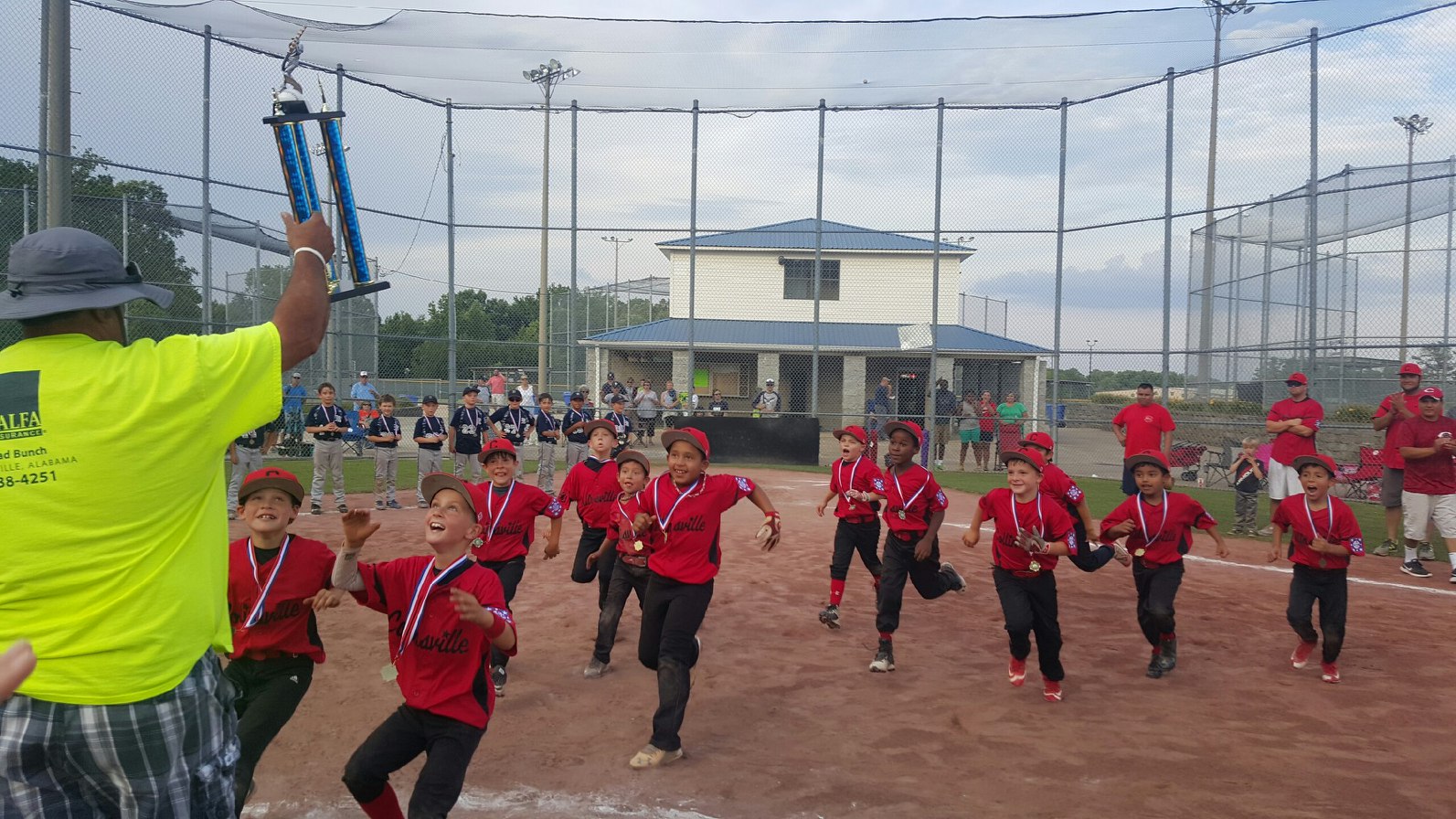 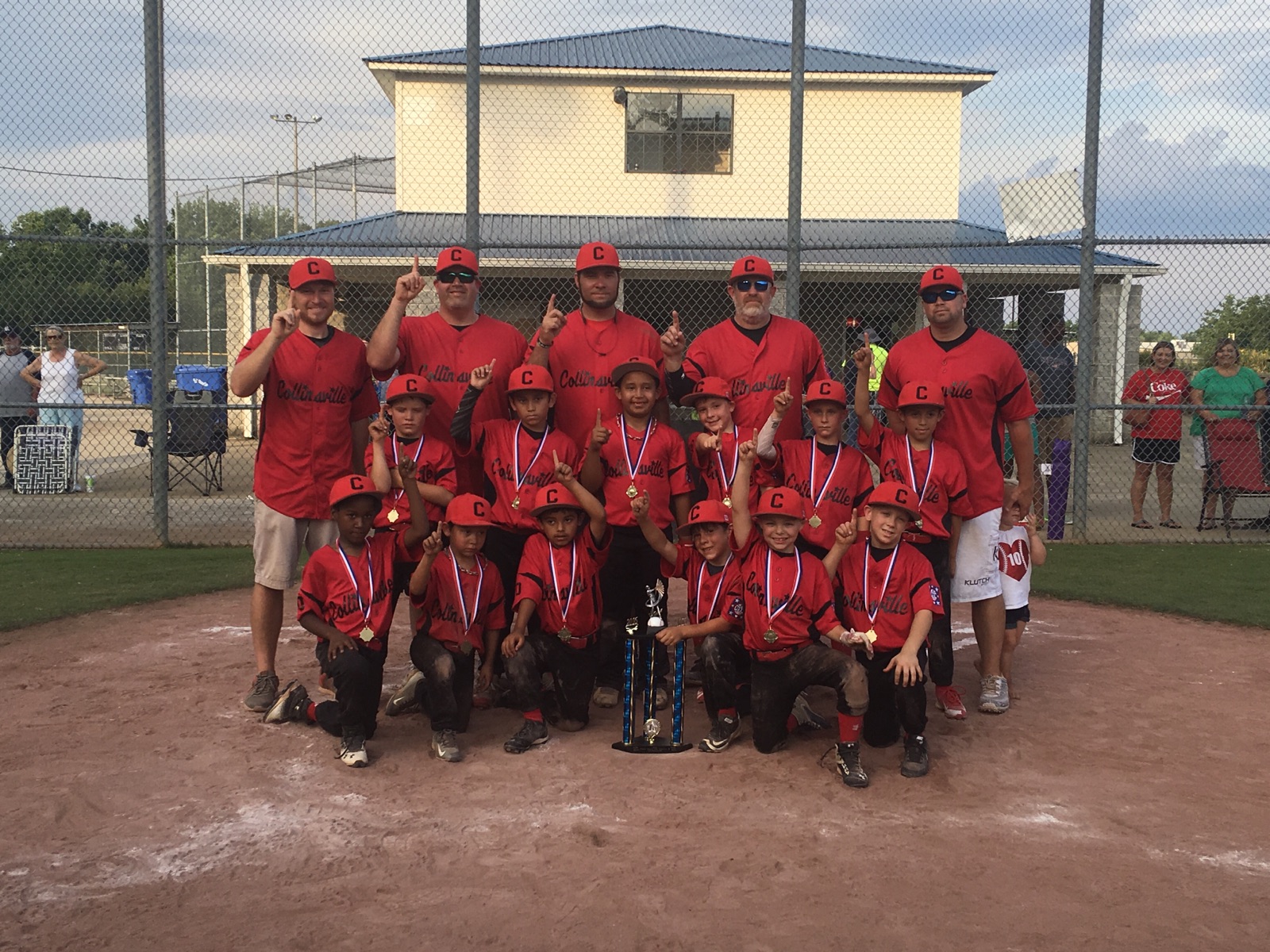 The District 8 Championship game between South DeKalb-Collinsville and Rainsville was a barn burner, and the dramatic finish in the final inning came down to the wire. The home team Panthers were on the ropes, down 7-2 going into the bottom of the final 6th inning. Collinsville would put on a hitting clinic with their final at-bat in the bottom of the 6th, scoring 6 runs in a rally to clinch the victory and the District 8 Championship title with a final score of 8-7.

"It was awesome to see the team win," Collinsville Head Coach Brent Killian said. "They play like a team, which is very unusual for eight year olds. In the last game, we were down 7-2 before our last at bat.  We came back and won 8-7.  It was great to coach my son.  My dad coached me." 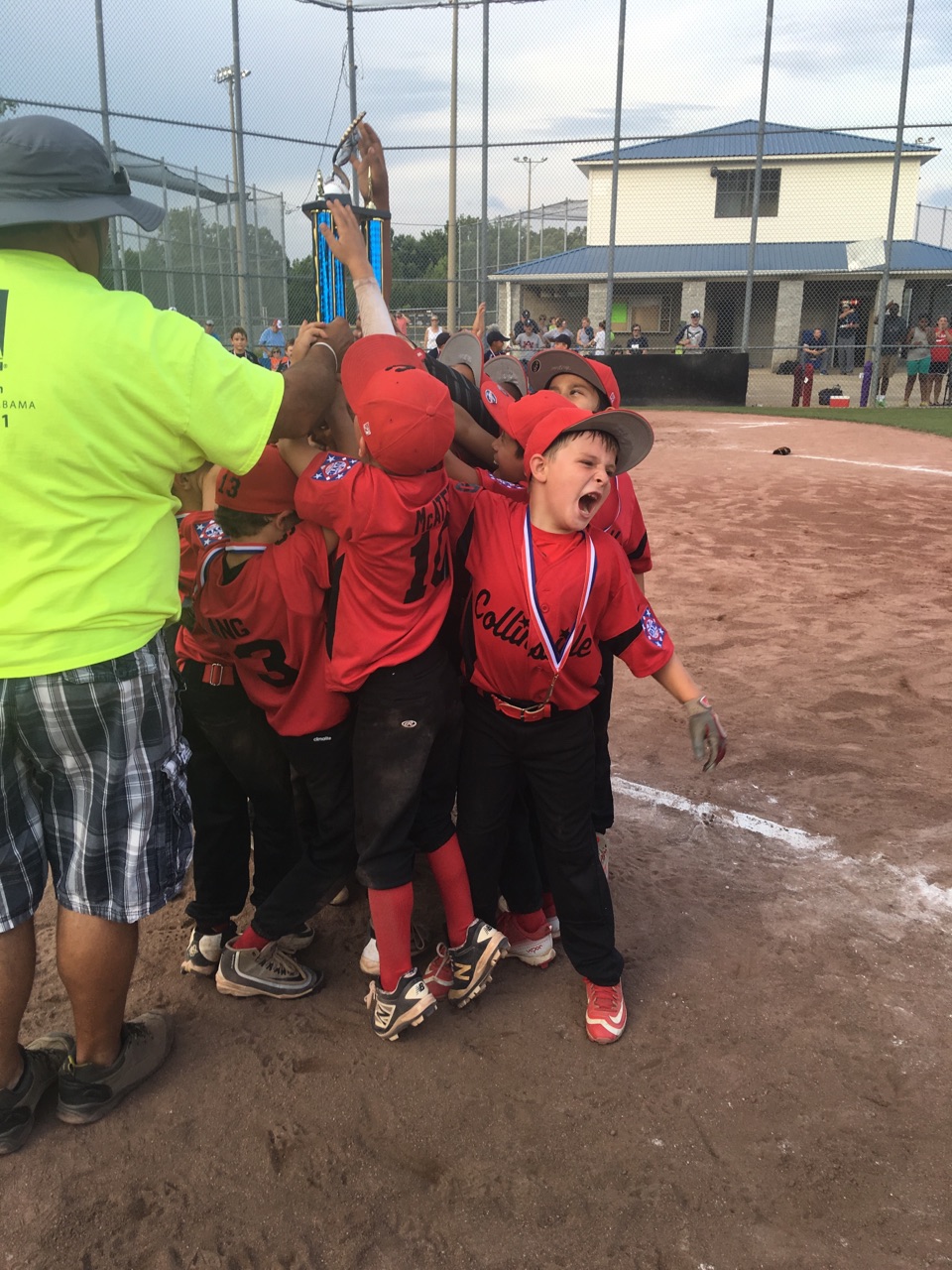 Collinsville dominated the tournament, posting a team batting average of .680 over the five games they played en route to winning the District 8 Championship. Collinsville was led offensively by Mason McAteer and Kyler Beene, each hitting .777 through the tournament, each going an almost impossible 14-18 from the plate. Tony Henderson went 13-17, with an average of .764. Sam Stewart hit .722 (13-18), followed by Jeremiah Killian and Marc Anthony Hernandez who each had tournament batting averages of .667 (12-18). Ty Traffanstedt batted an impressive .626 (10-16) and Gavin Lang hit .611 (11-18).

The 1986 team was led by ace pitcher Ryan Beene, whose father along with Killian's father also coached the 1986 All-Star team. Killian and Beene both have sons who are standouts on this year's Collinsville All-Star team—Kyler Beene (14-18; .777) and Jeremiah Killian (12-18, .667) Ryan Beene went on to play in high school as the Collinsville starting quarterback and also continued to play baseball and basketball throughout his high school career.

Coach Brent Killian would also go on to have a successful high school athletic career at Collinsville, taking over as the Panthers starting quarterback after Beene graduated and playing as a standout on both the baseball and basketball teams. Beene and Killian are not the only Collinsville coaches with former athletic successes of their own. Coach Cody McAteer and Coach Nick Traffanstedt also have boys on the 2016 all-star team who have played excellent tournaments—Mason McAteer (14-18; 777) and Tyde Traffanstedt (.626; 12-16). Coach Nick Traffanstedt played on the 1992 Collinsville 11-12 All-Star team team, the only other team besides the 1986 all-star team to rival the talent of this year's Collinsville All-Star team.

The 1992 Collinsville All-Star team won their sub-district and also made a run in the District tournament,  but ultimately fell in a heartbreaking loss to the Glencoe All-Stars by one run in the bottom of the 6th and final inning in the District Tournament Championship. Glencoe would advance to win the Dixie Youth State Championship and go on to take 2nd place in 1992 in the Dixie Youth World Championship. The 1992 Collinsville All-Star team was led by another phenom pitcher on the mound—Cory McDow. McDow pitched a no-hitter and a one-hit shutout in the District Tournament. McDow's pitches were clocked at the tournament in the mid-70's when he was an 11-year-old—the equivalent of a Major Leaguer facing a 100 mph fastball.

Like Coach Killian and Ryan Beene, Coach Traffanstedt and Coach McAteer would each also go on to play as starting quarterbacks at Collinsville High School. Traffanstedt was also a standout athlete in basketball and baseball. He would hand over the starting quarterback position to McAteer when he graduated. McAteer went on to have arguably the best athletic career of any of the coaching staff, earning All-State honors in football, basketball and baseball.  McAteer also went on to play baseball on scholarship as a pitcher at Snead State Community College. 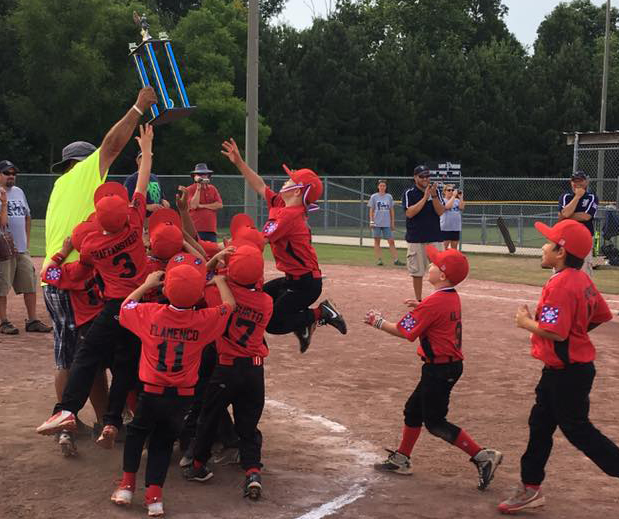 The Collinsville Dixie Youth Baseball program has a rich history and tradition of winning. Often that tradition is passed along from father to son, from generation to generation. There have been three great all-star teams through the years from Collinsville—1986, 1992 and 2016. Many who have been around the program for decades say that the 2016 team is as good or even better than the teams from 1986 and 1992.

Regardless, the 2016 Collinsville All Star team has already made it farther than any other team in Collinsville history, making them one of the best at very least and guaranteeing them that like the teams of their father's, they will be remembered in Collinsville for decades. The fact that this team is so good, so young has those who have been around the program for years wondering just how good they will be in the years to come. These boys are only 8 years old and they've already accomplished what no other Collinsville team has ever accomplished—a Dixie Youth District Championship and run to the State Tournament. Will they continue their run of success in the years to come? Only time will tell.

Sandra Killian, wife of Clyde Killian who was head coach of the all-star team in 1986; mother of 2016 Collinsville All-Star Head Coach Brent Killian who also played on the '86 team; and grandmother to Brent's son Jeremiah who is also a player on this year's Collinsville All-Star team, inarguably has a unique perspective of what it means to play ball in Collinsville, particularly to excel in the Collinsville Dixie Youth Baseball program. Mrs. Sandra says more than anything she's proud of the kind of young men Collinsville's athletic programs produce—men who love sports and share that love with their sons, but even more importantly Men of God who share their Christian faith with their sons.

"I am proud of this team," Mrs. Sandra said. "I am really proud to see them pray before and after each game. And I am proud to see these boys with such wonderful Christian daddies. I think we've done good in Collinsville."

The 2016 8-under Collinsville All-Stars will travel to Wetumpka on July 7 for the Dixie Youth State Tournament.

Do NOT follow this link or you will be banned from the site!