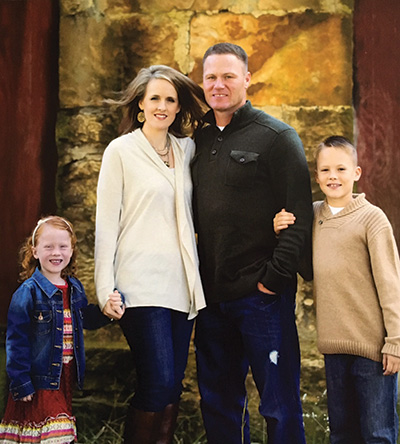 Coach Tinker graduated from Ider High School in 1997.  He attended University of Tennessee in Chattanooga (UTC) where he played on the football  team.  His major was Business Management and Human Resources.  He received his teaching degree from Jacksonville State University.

Tinker has been married to his wife, Shannon for fifteen years.  They have two children, Carter age 10 and Kirby, age 5.

Coach Tinker will return for his fourteenth season as Head Coach of the Ider Hornets Varsity Team.  He was Assistant Coach for the Hornets for one year before taking over as Head Coach.

Tinker said his favorite quote would have to be  “When you give maximum effort and have a great attitude, it results in success.”

Southern Torch would like to wish Coach Tinker and the Ider Hornets the best of luck in their upcoming season.