Now that we've finally caught our breath from Saturday night's DeKalb County Tournament Finals, we can talk about what just happened.

The Tournament was a tale of two teams.

Coach Powell's Lady Bears made it their second consecutive County Championship by eliminating the Geraldine Lady Bulldogs. Savannah Willingham(JR), Destiny Lowden(SR), and Olivia Graham (FR) buzzed around the perimeter forcing the more methodical Geraldine offense out of it's comfort zone and the depth of the Lady Bears was just too much to overcome. For a program that won it's first County Tournament in 2011, back to back wins in 2014 and 2015 is historical.

Credit the Lady Bulldogs who were one of the best stories of the Tournament after upsetting the #2 Crossville Lady Lions and #3 Ider Lady Hornets to reach the finals. Coach Smith's senior class of Rogers, Young, and Bearden should be able to build off of this momentum and advance in postseason play. 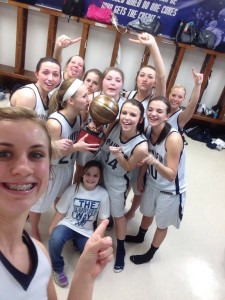 
Coach Coker's Bears script went...differently. After defeating Crossville in the first round, 43-35, the Bears faced the #2 seed and Sand Mountain Tournament Champion Sylvania Rams. After two simple buzzer beaters and a double overtime win,  the Bears would face the #1 seed Geraldine Bulldogs in the finals...where they would win at the buzzer (Heat Check SPOILERS).

The semis and finals were the types of games that make you proud to be from DeKalb County and illustrates just how much this tournament means to our community.

"I've been to other County Tournaments and they aren't all like this. It means more to us because you have people coaching that are from DeKalb that have been part of this tournament their entire life, the same people who played in this tournament. It's a special thing that will change these players lives. They'll be talking about this in 15 years."

The talent of the Bulldogs is undeniable. Zack Nelson is the best player in the County and the supporting cast can all score. Harris, Forrester, White, Gilbert, Hollywood, and Willoughby (who may be the fast person on the planet with a basketball) are a nightmare matchup, but it was Plainview's night. The Bulldogs are bound for postseason play and are the favorites to be playing in the regional finals.

I look for both of these teams to finish the year strong and possibly meet again at Jacksonville State University. 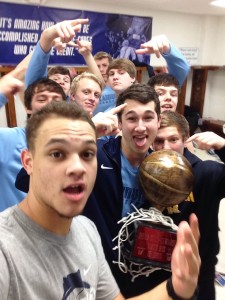 If you missed any of the action or just want to watch those epic battles again, visit our Livestream page!