PHOTO: Run for Uganda was once again, a big success!

RAINSVILLE, Ala. — Despite the bad weather, runners from across the state, came to participate in the Run for Uganda on March 17, 2018 sponsored by the Rainsville Community Church.  All proceeds will help the missions team fund the digging of wells and housing in Uganda. 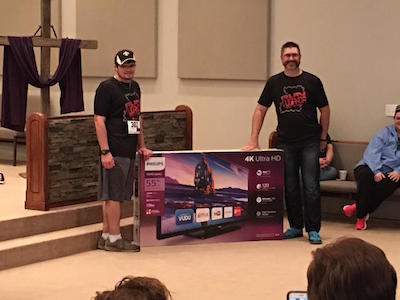 “We would like to give a huge thank you to all the sponsors that helped us put on another great race and thanks to the runners that came out despite the thunderstorms before the race” said race coordinator, Reverend Jeff Sayre. “ If not for all the awesome supports we wouldn't be able the help the people of Uganda.”